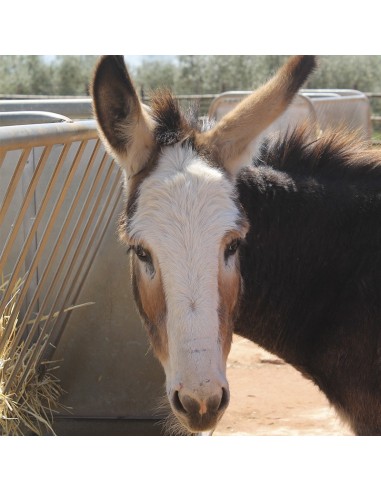 I am Apache, a burrito pius, one in the shelter by the shade of my fur.
I arrived at The Refugio del Burrito in September 2013. Previously, I lived in Alicante with five other donkeys where our landlord is not we had it in good condition. This is why when I came to the shelter I did not like too much people and it was very scary, but with time and the loving care that they gave me, I became a donkey, very cuddly and sociable.
Sponsor/amadrina to Apache from 5 euros per month.